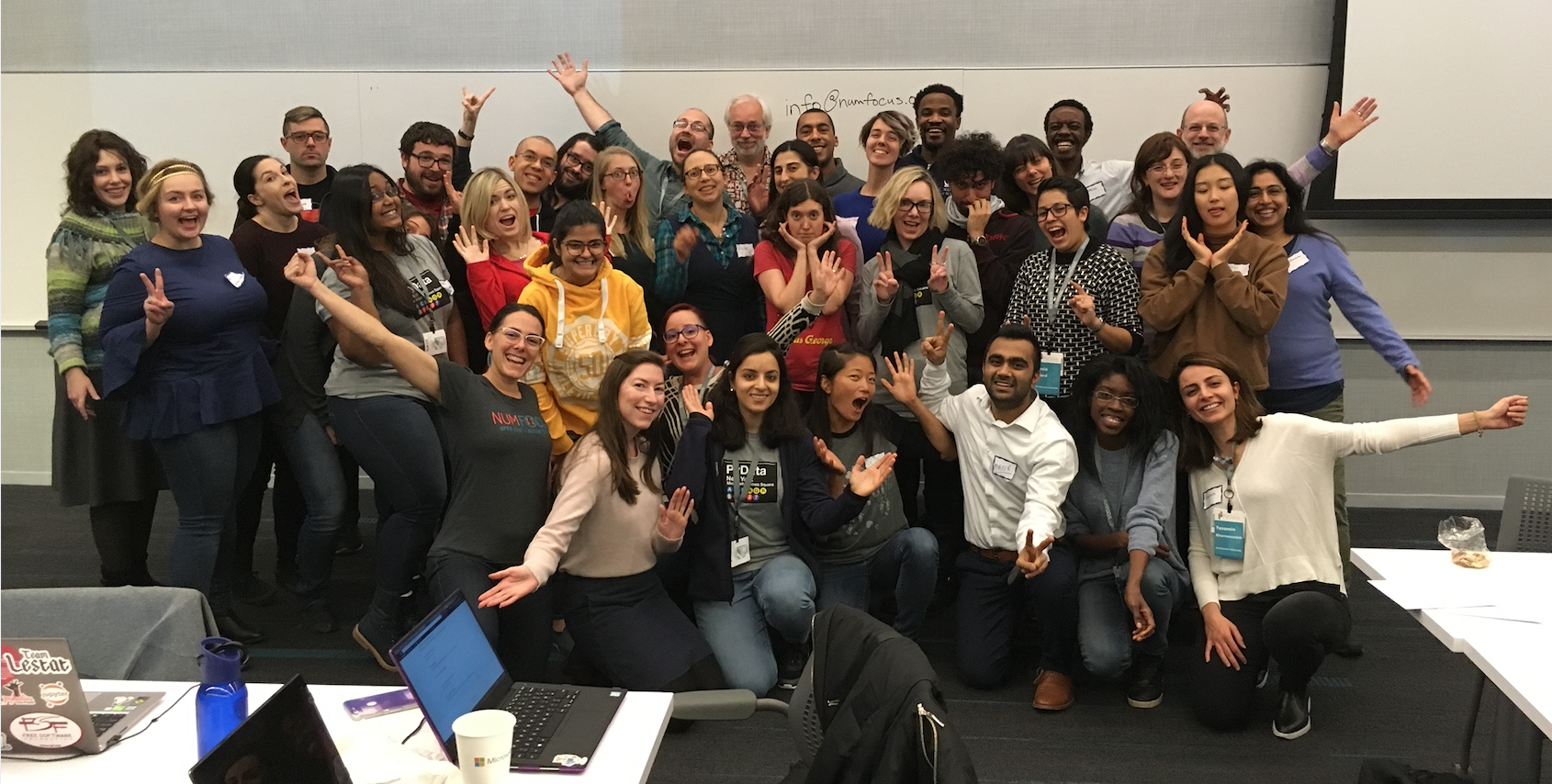 I served on the DISC Committee for a 2-year term from Spring 2017 to Spring 2019. In this article I reflect on the past two years and all that I have learned.

Reflecting back to the time when I first applied to join the DISC Committee, I am overwhelmed at the breadth of knowledge with which I am leaving. I had thought that improving diversity meant counting the number of people from URGs at community events and increasing that number by telling people in my network to attend. I now know that there is a deeper grassroots movement which requires awareness and improving attendee experience and creating an environment that is welcoming and safe in a number of dimensions to increase diversity. This is achievable with the DISCOVER Cookbook and Code of Conduct. I also realized that cultivating social change required work at a granular level.

Participating in DISC did not seem like extra, separate work because all that I learned I was able to transfer knowledge to my other communities and projects. I have successfully reached out to a number of conferences asking them to implement a Code of Conduct prior to promoting their events to my meetup community. I am much better informed about open source and the current contributors and funding challenges.

NumFOCUS is a 501(c)(3) based in Austin, Texas, and it supports open source software known as projects. Some of the widely used open source projects include numpy, pandas, matplotlib, Jupyter, Stan and Julia. There is also a vibrant international community of PyData meetup groups with 120K members in 138 groups in 52 countries. They host meetup events as well as annual conferences in various cities.

DISC is the Diversity & Inclusion in Scientific Computing committee of NumFOCUS whose mission is to increase diversity in open source.

Since this is an organization that supports open source, it is only fitting that DISC Committee meeting minutes are all publicly available.

How I Learned of DISC

I first learned of the DISC Committee in the NumFOCUS December 2016 newsletter. I applied, joined the DISC mailing list, and the committee officially kicked off in March 2017.

We have monthly meetings that are 1 hour in duration and work on one or more projects. Committee members generally volunteer 1 hour per week, although some members are involved in multiple committees or lead projects which require a greater number of hours. 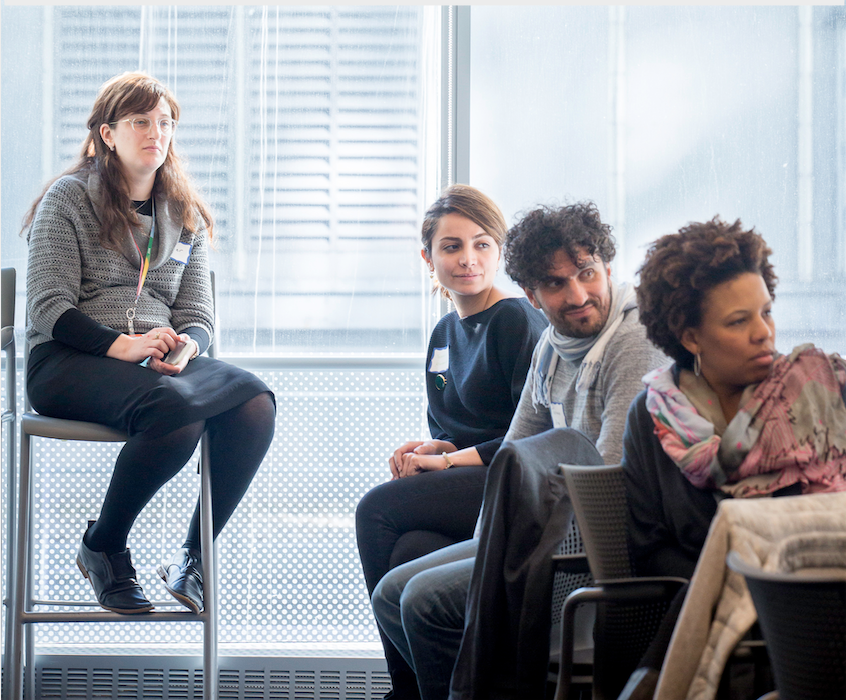 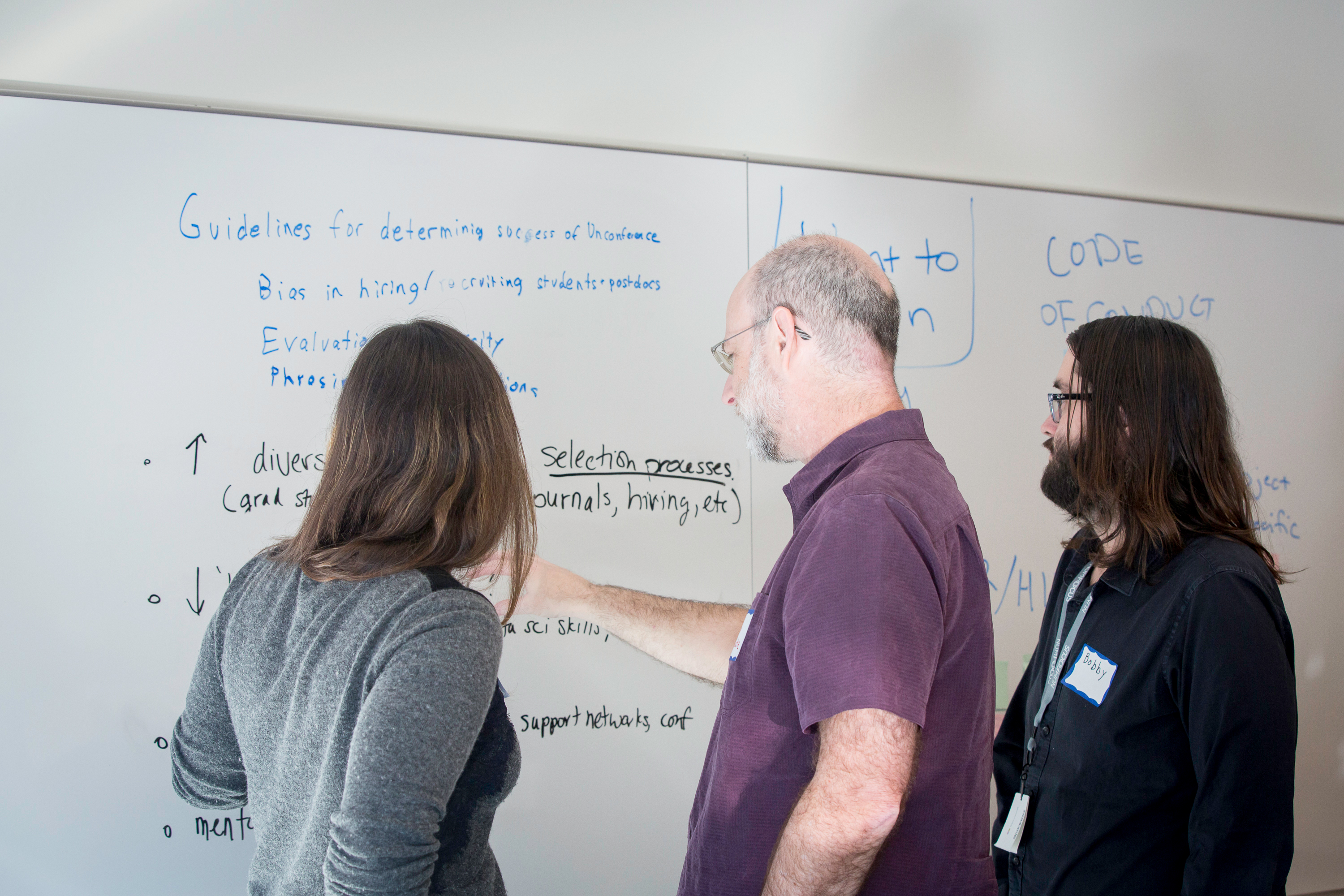 This 2-day unconference was held on November 29-30 at the Microsoft Conference Center in New York City.

Planning began in August, and there was lots to do. None of us had any prior experience organizing an unconference, so first we began research on that topic. We designed the applications which went live in September. Next, we scheduled and lead introductory video chats with participants in early November to get to know each other and set some agenda items for the unconference.

About 45 participants from United States, Europe and South America joined. The 2-day event was succesful! The breakout session projects (or sub-committees) included:

I contributed to the open source and communicating feedback sub-committees. 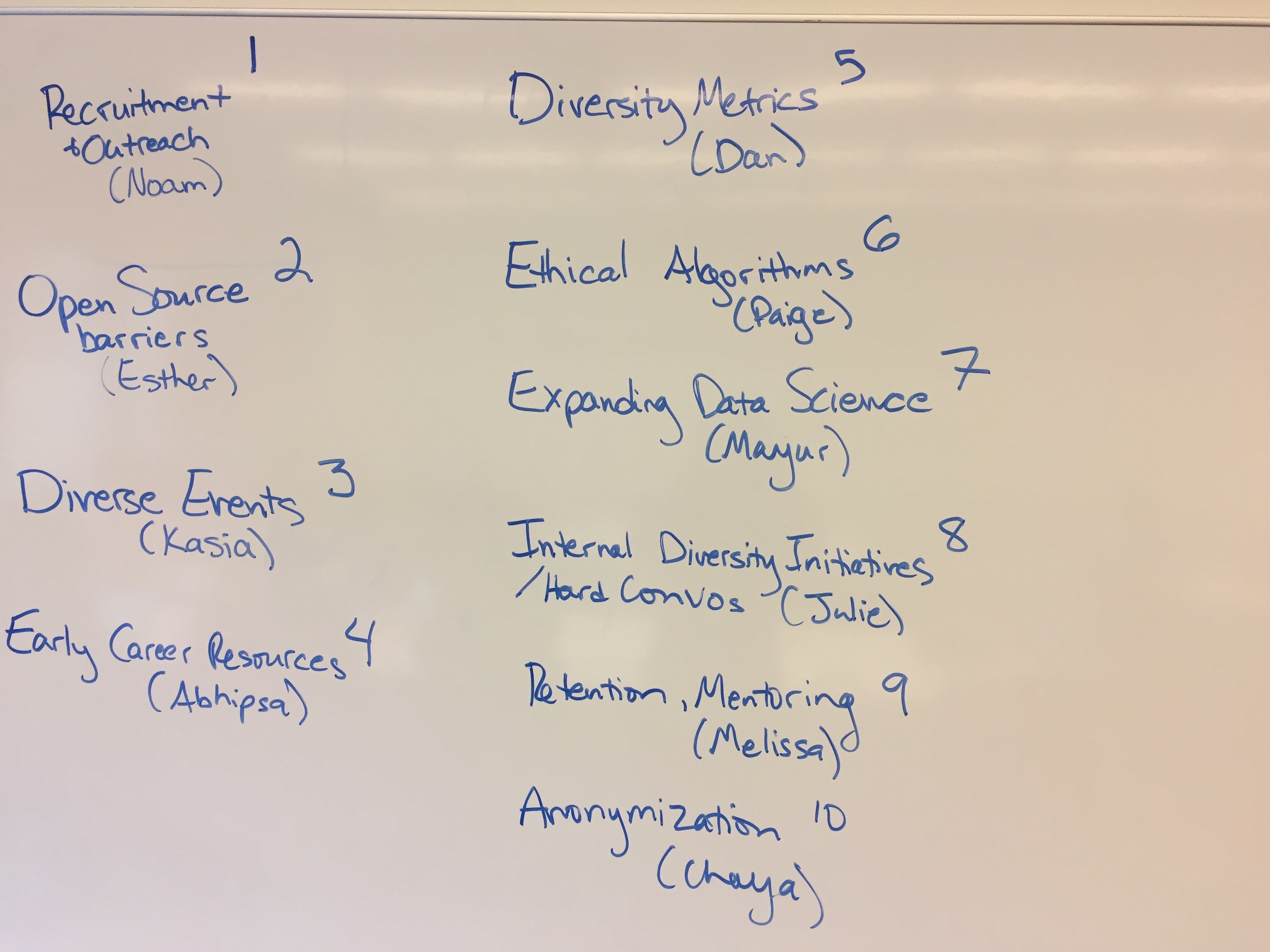 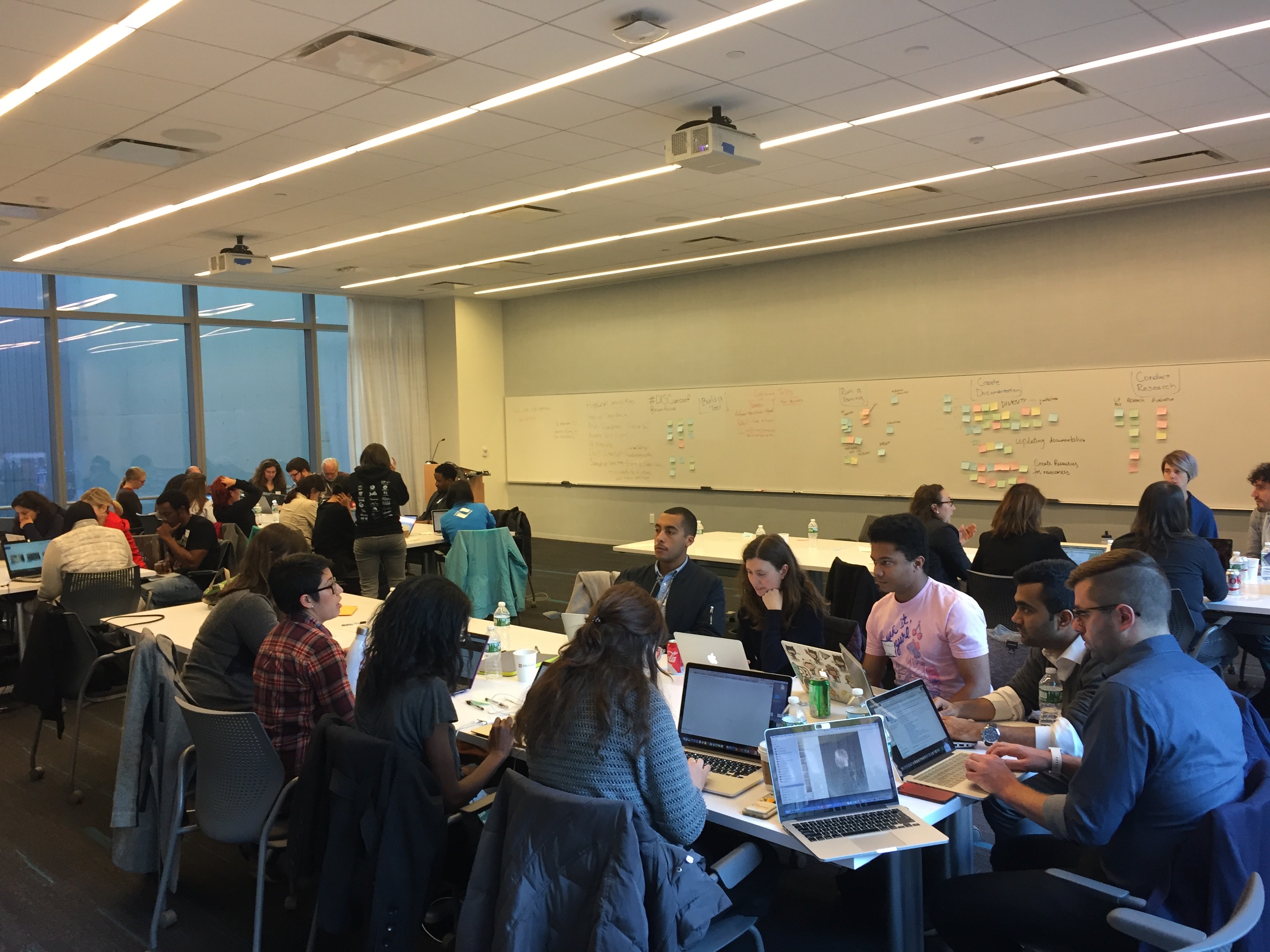 There is a twitter list of some of the participants in the DISC Unconference, many of whom are affiliated with Software Carpentry organization.

Unconference participants wrote blogs and did further work on the projects in the few months following the unconference.

Through what I had learned at the DISC Unconference, I was inspired to write Managing Our Code of Conduct.

We spent the summer meetings researching and revising the Code of Conduct (CoC). The revised CoC was reviewed, approved and published in September 2018.

I learned so much during the entire process and was able to take that knowledge to the two meetup groups for which I am an organizer: NYC Women in Machine Learning & Data Science (WiMLDS) and NYC PyLadies.

NumFOCUS 2018 Board of Directors elections were announced in July and results were published in early September 2018. DISC committee members, as supporter of NumFOCUS, were eligible to vote.

I was so inspired by the creation and potential impact of the NumFOCUS CoC that, as a side project, I researched STEM organizations and their communities that could also be served by a CoC. The article is Code of Conduct for NeurIPS and Other STEM Organizations.

Through my meetup group, WiMLDS, I had organized two open source sprints (in 2017 and 2018). My related articles are Highlights from the 2018 WiMLDS Scikit-learn Open Source Sprint and Impact Report for WiMLDS Scikit-learn Sprints. Through my experience with NumFOCUS, I was able to improve my sprint events as well as provide guidance to others who were organizing their own open source sprints.

In addition to the projects, DISC members as well as members of the general community who subscribe to the mailing list often post articles or topics of discussion. DISC members also share NumFOCUS projects and announcements with our network such as Google Summer of Code, Julia Computing Call for Proposals and many more.

I plan on remaining on the mailing list so I can keep up to date on all the upcoming progress that will be made by the DISC Committee!

I am featured as a community profile in the NumFOCUS 2018 Annual Report (pages 4 and 23) where I share my history and experience with NumFOCUS, as well as how others can get involved and support the organization. 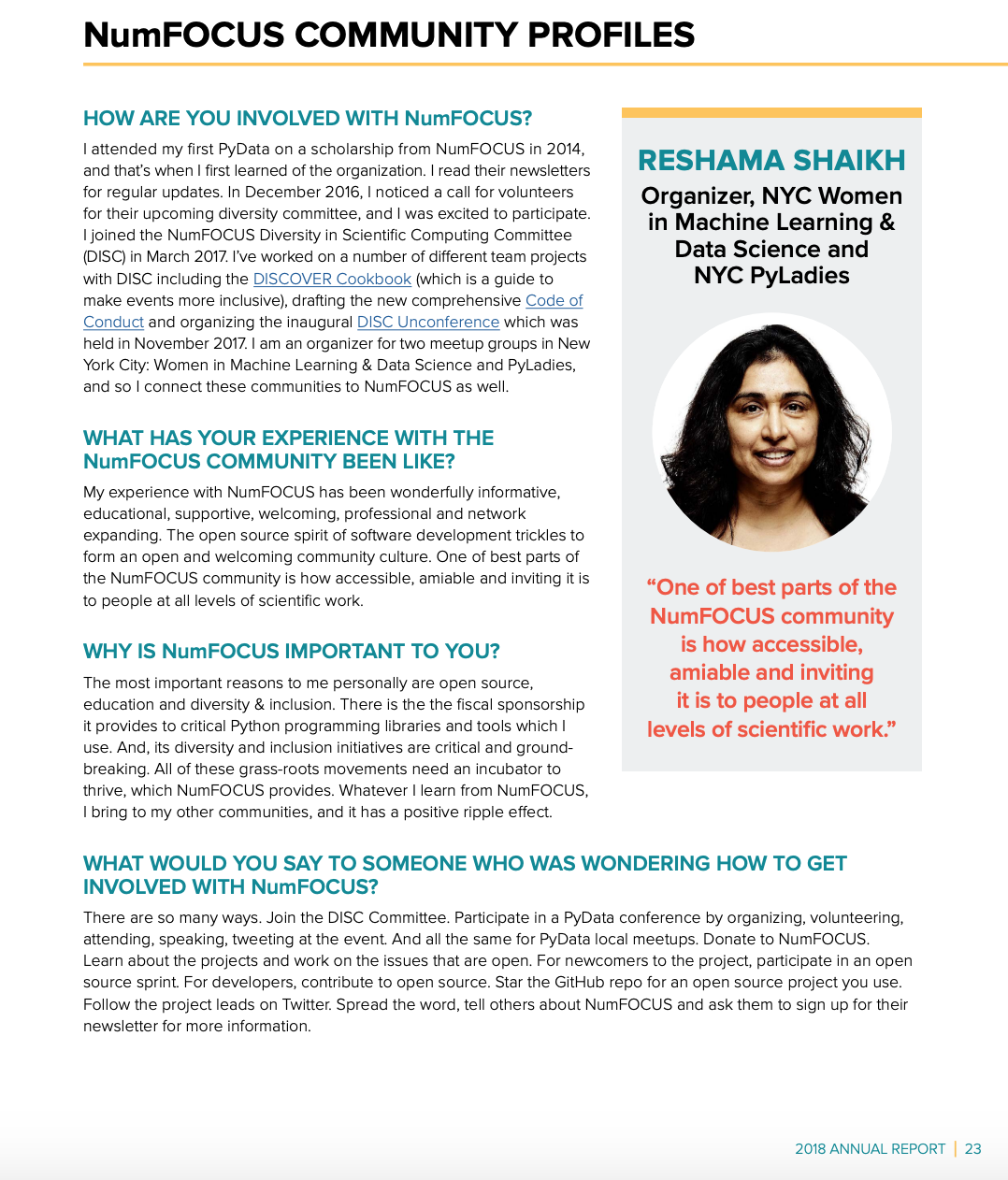