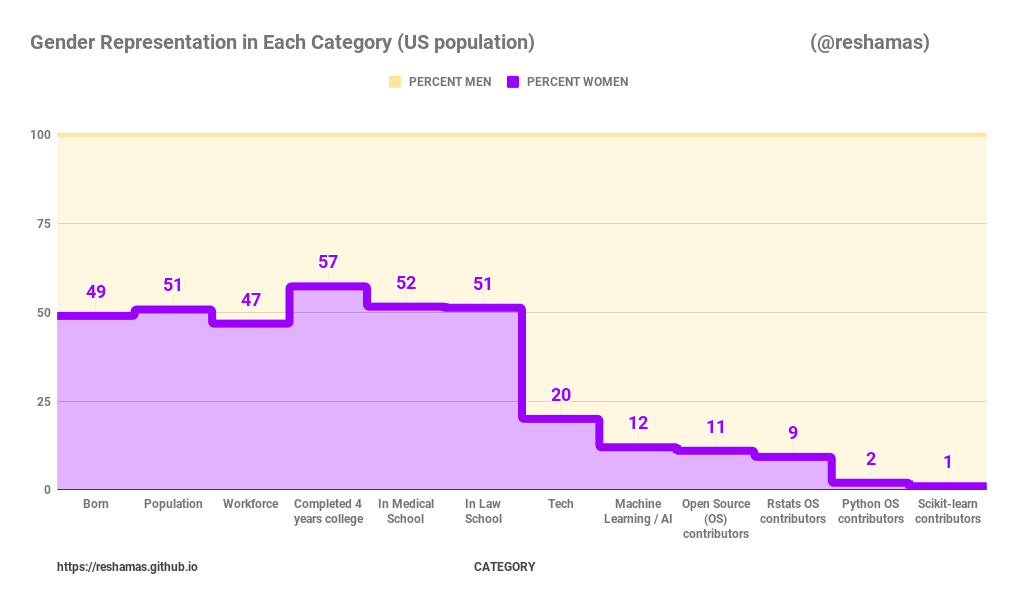 The above visualization was inspired by a table that I had presented to a company to obtain sponsorship for supporting open source sprints for scikit-learn for the Women in Machine Learning & Data Science meetup chapters in May 2019. I was unsucessful in obtaining that sponsorship, and considered that a visualization may convey the message more poignantly than numbers in a table. 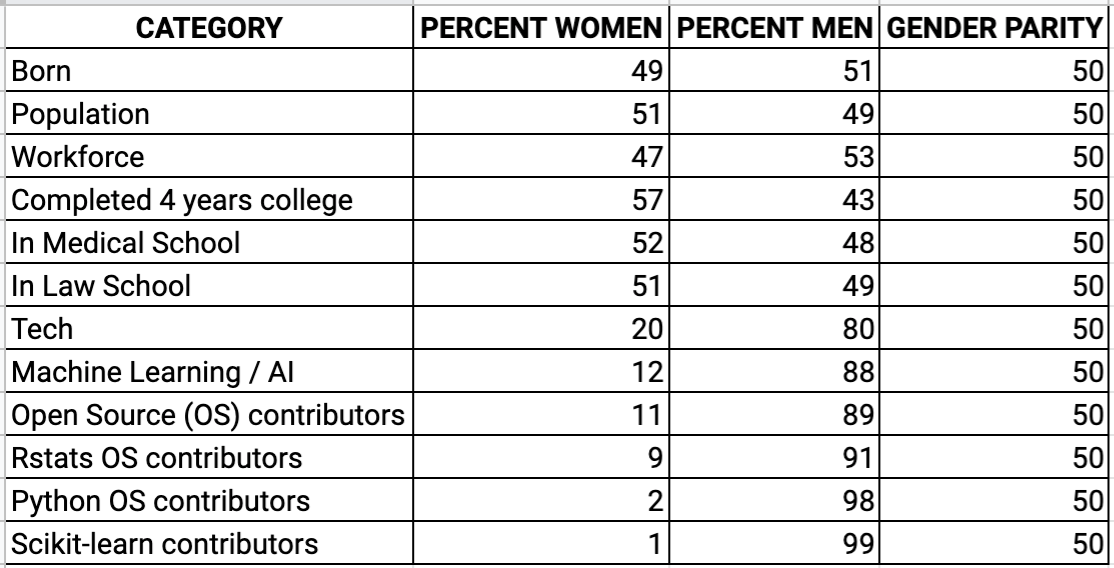 Some organizations collect and share data by gender. The collecting and sharing of key demographic data indicates a commitment to understanding and improving diversity. It is unsurprising that there is greater data transparency with organizations that have more balanced gender breakdown. Examples include: American Statistical Association, American Medical Association and American Bar Association.

Data was entered into a spreadsheet and the graphic was created using Google spreadsheet.

The below visualization and tweet were posted on 11-Aug-2019 to obtain feedback for an upcoming blog on the Nairobi sprint. This article was written due to requests by readers to provide sources for the data and clarification of data as well as updating some numbers from the intial presentation.