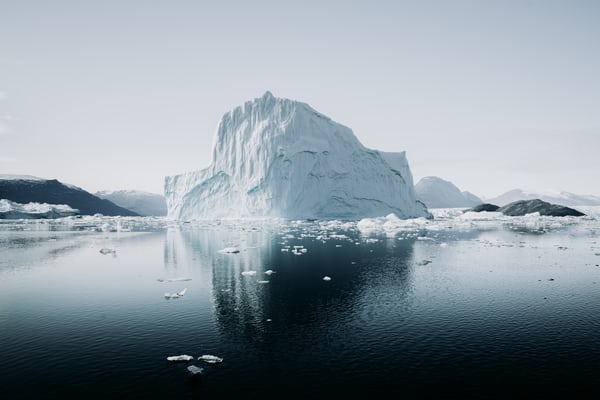 Disclaimer
The views in this article are my own and do not represent those of any organization with which I am affiliated.

Note: All of these positions are volunteer.

Background: What Happened at JupyterCon 2020?

A background on the CoC events at JupyterCon 2020 are as follows:

NumFOCUS found I violated their Code of Conduct (CoC) at JupyterCon because my talk was not “kind”, because I said @joelgrus was “wrong”.

This sets a bad precedent.

Joel was not involved in NumFOCUS’s action, was not told about it, and did not support ithttps://t.co/scl4IADmg8

How Jeremy was treated by the NumFOCUS Code of Conduct committee is terrible. He was left hanging for over a week not knowing what he'd been accused of, and he wasn't given a chance to provide input in the investigation, over a technical disagreement https://t.co/QRW7E123GB

Thread of some posts about diversity & inclusion I've written over the years. I still stand behind these.

(I'm resharing bc a few folks are suggesting Jeremy's CoC experience ➡️ partially our fault for promoting diversity, we should change our values, etc. Nope!)

I received an apology from @NumFOCUS and I replied to let them know that I accept their apology.

I believe that all involved had the best intentions, and NumFOCUS tell me that they plan to improve their processes in the future.

I'm not planning to discuss this further.

The complexity of codes of conduct is an important topic, and it has been on my mind for some time. I began writing this article over a year ago, the last edit was on September 20, 2019. Three days later, my brother passed away unexpectedly. There are many unreturned phone calls and emails as well as unfinished projects from last fall.

Given the recent events with JupyterCon, I felt it was imperative to return to it.

The goal of this article is to share what I have learned about codes of conduct with the community, rather than dissecting what happened with JupyterCon.

Why are Codes of Conduct Necessary?

The goal of a CoC is to create a professional and welcoming environment for all attendees. Additionally, in the tech and analytics circles, it has been implemented to promote a diverse and inclusive culture, particularly with respect to underrepresented persons.

Below is an excerpt of mine from a podcast interview Women in Data Science from Nov 2018:

Reshama: Oh, a code of conduct is so important. When I started organizing four years though, we didn’t have a code of conduct and there were some of these behaviors that we would, I would observe at our meetup events. I wasn’t quite sure how to address them. Then codes of conduct came along and then it made it so much easier to to say, “That behavior’s unacceptable, because it violates our code of conduct.” Now I’ve moved forward to sharing the code of conduct before the event begins so people know what behavior is expected. That’s been like a tremendous help, and I think that for people who attend events knowing that a code of conduct is important to the organization. It makes them feel comfortable in terms of attending events and knowing how the culture will be.

We hear much about CoC, but not necessarily the actual incidents. Given my experience being an organizer for two meetup groups in New York City, Data Umbrella and NYC PyLadies, I have observed various incidents. Here are some examples of behavior that are considered disruptive to building a desired culture consistent with our mission:

We now have CoCs and we would expect that our events are amazingly professional and inviting, right? Except that is not the case in reality. I think the next stage can be referred to as CoC 2.0.

Here are some challenges with effectively implementing CoC:

After hosting a meetup event, I typically return home, unwind and go to bed. Sometimes though, I cannot sleep and after careful introspection, I realize there were some occurrences at the meetup event which evoked feelings of discomfort.

It takes time to process events, feelings and interactions. Sometimes it requires careful evaluation and even talking things out with others to understand where the unease is coming from and what the issue is. Additionally, some behaviors are disruptive and do not have a straight line connected to a bullet point in a code of conduct.

Sometimes the codes of conduct are violated by people who are at the very top in leadership positions, and given the power differential, accountability is not always possible.

A CoC is Just the Tip of the Iceberg

Codes of conduct are critical, but they are just the tip of the iceberg.

In the past two years, I have learned that the following are essential:

What Can Be Done

Notice that words such as “offender” and “violation” are replaced with neutral terms such as “reported person” and “incident”.

During my research for the article Codes of Conduct for NeurIPS and Other STEM Organizations (Oct 2018), I learned that the American Statistical Association (ASA) used an independent third party for receiving reports, Ombuds Service.

During my research for JupyterCon, I contacted the consulting firm that handled ASA’s Ombuds Service, ProActive ReSolutions. It was an informative and educational call. While I thought it would be a highly valuable service for managing CoC reports during the conference, I did not advocate strongly for it because I did not think I would be able to get approval to fund it. It is costly, even at a non-profit rate. The ASA is funded by membership dues and had been involved in high-profile incidents of sexual harassment. It was understandable why the ASA contracted the Ombuds service.

Here are some key takeaways from the independent service and how it functions:

The communities in the PyData ecosystem are primarily volunteer run. They are many and include PSF, NumFOCUS, independent meetup groups and more.

Provide sponsorship to the organizers so they can have training and effective CoC processes in place. Sponsors should have mechanisms in place to ensure that training has occurred, such as verification by certificate of completion.

Global Diversity CFP Day publishes an Issue Log on their website of incidents during their events and in their community.

As stated above, most of these communities are volunteer-run. Conference speakers are volunteers, organizers are volunteers. Coming from a place of compassion and empathy and acknowleding that people have good intentions will help us move towards our goal of creating a professional and inclusive community.

I have picked up significant experience in codes of conduct in the community in the past few years. There is still much to learn about effectively implementing codes of conduct to realize our goals of creating professional and inclusive communities. It is a work-in-progress.

The Hidden Depth Of Pyladies

These plots were created using Python and Plotly.