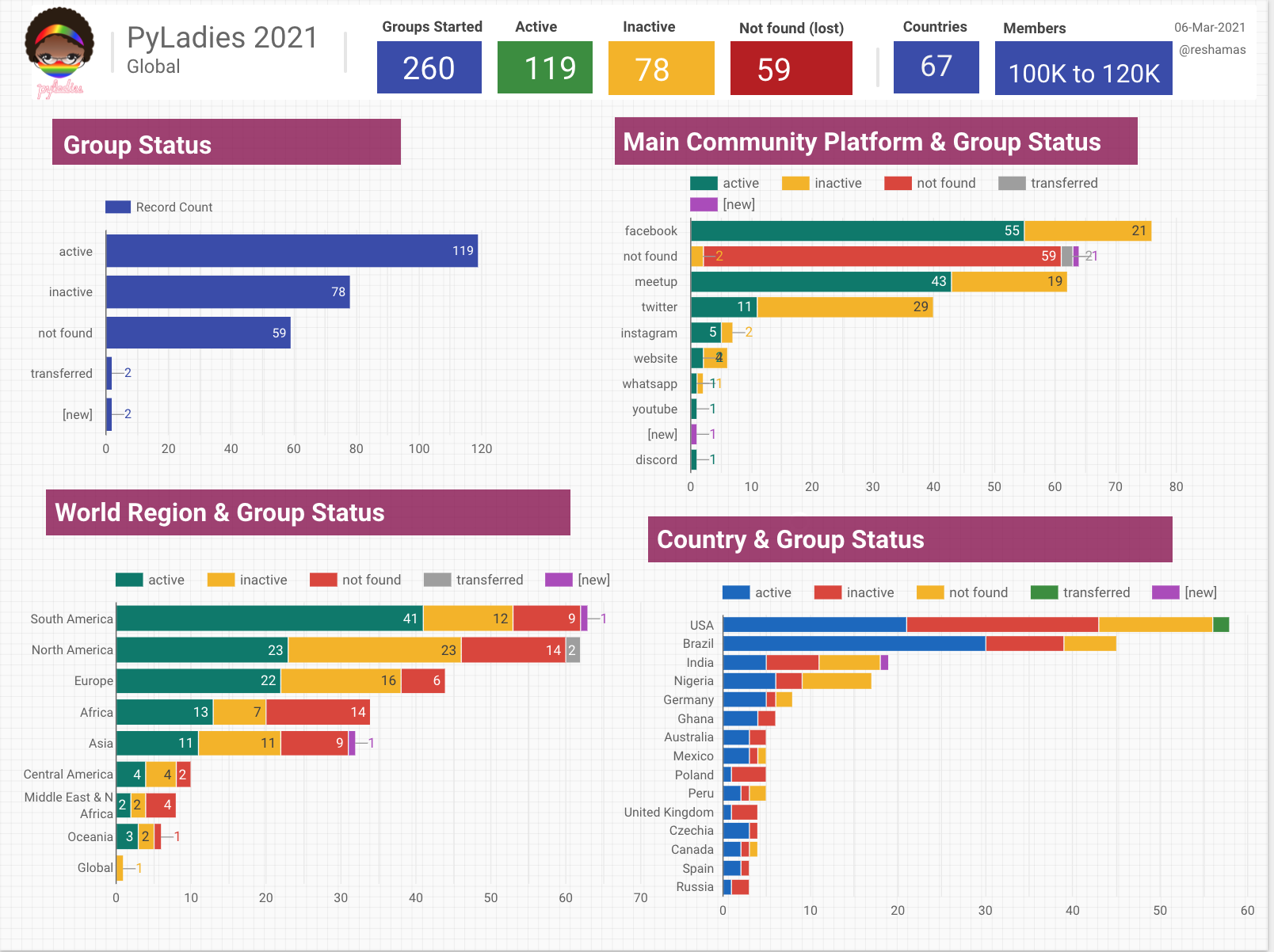 PyLadies is a global group that was created to involve more women in the Python open-source community. PyLadies was founded in 2011, with the first chapter being established in Los Angeles in April of that year. There is more background available in the PyLadies Wikipedia page.

PyLadies is a trademark and falls under the legal administration of the Python Software Foundation (PSF).

This article explores the current state of PyLadies, specifically data around chapters, locations and members.

Below is my video presentation for PyLadies International Women’s Day (15 minutes).

Here is a summary of various platforms in use by PyLadies and the related numbers of followers, updated 06-Mar-2021.

The analysis in this article uses three primary sources of data:

A total of 260 chapters have been identified.

This Venn diagram shows how many records are in each data source. 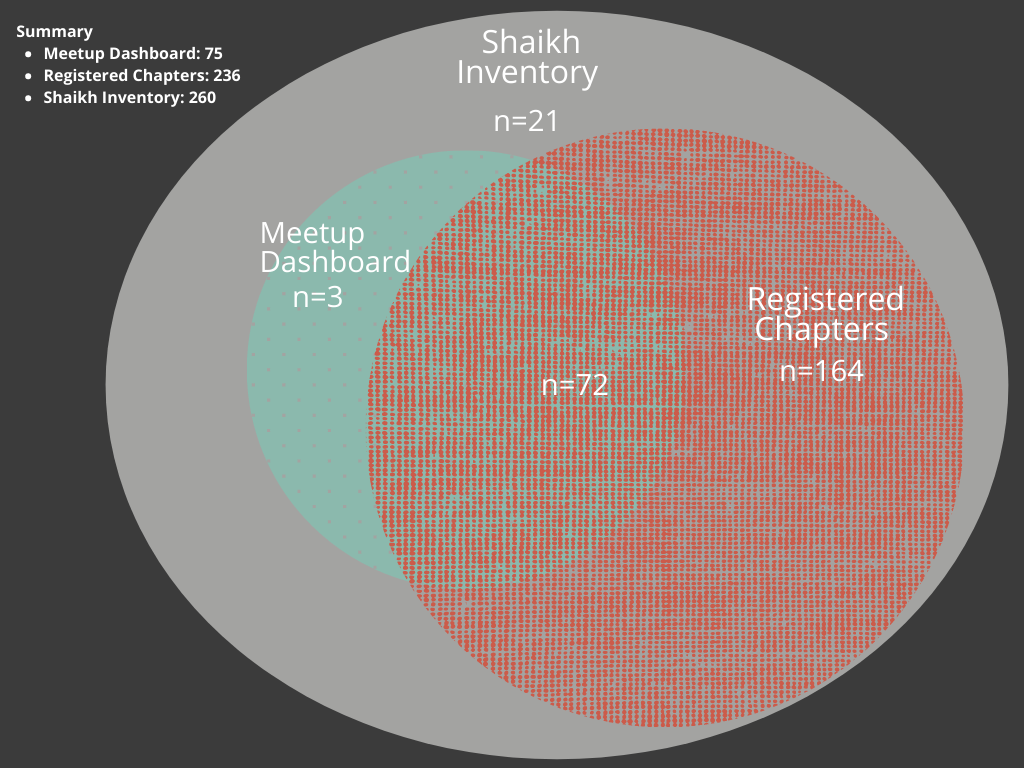 [Note a] These groups are in the Meetup Dashboard, but not registered with PyLadies:

[Note b] There are 21 other chapters that have a social media presence (such as Facebook groups or Twitter accounts), but are not registered with PyLadies.

Chapters are considered “active” if they have some activity on one of their social media platforms in the past year. This is the breakdown of status:

What is the breakdown by region?

How many countries are represented and what is the breakdown by country?

62 countries have a PyLadies chapter. The top 5 countries with the most active chapters are:

What are the main platforms used for community building?

The majority of chapters use:

What is the estimated membership, by country?

What is the estimated membership, by chapter?

These cities have the highest membership:

The following platforms were researched to discover existence of PyLadies chapters:

PyLadies groups around the world use various platforms to organize and communicate. These are some of the platforms:

PyLadies communities has opened more chapters than other community in that space, and they are most broadly represented in the world. There are also many chapters which are non-active.

Some chapters were dissolved, or rolled into other communities such as: Django Girls, Girl Develop It, general Python meetup groups, PyData meetup groups.

A number of meetup groups closed this year. For that reason, members in those chapters are no longer counted as PyLadies members.

To start a new chapter:

If you have any questions, you can inquire on the PyLadies Slack.

PyLadies Organizers Around the World

Reshama Shaikh has been an organizer for the New York City chapter for the past 4 years, which is the third largest PyLadies chapter. She is a statistician who enjoys exploring data, creating data visualizations, and working with Python and plotly.